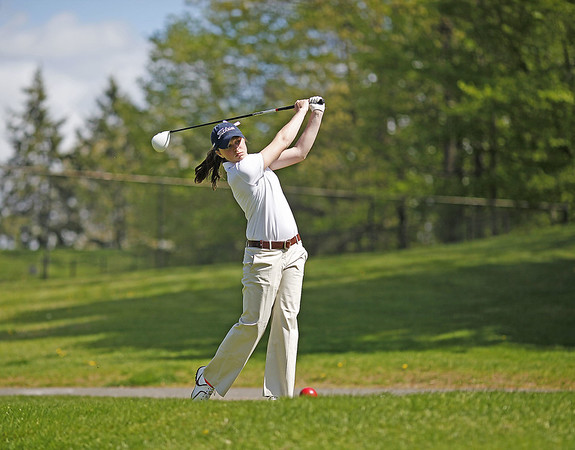 You canâ€™t talk about local high school golf without talking about Berlin, which has been far and away the cream of the crop on the links among area schools.

Still, there have been other memorable teams from other nearby schools, and as we continue our series of the most memorable area teams of all time, here are the top golf squads:

The run began in 2011, when Berlin didnâ€™t have a golfer in the top eight during the state champions, but still finished in first thanks to a strong collective effort. Victoria Fagan led the team with an 87, while Emily Stickel shot an 89.

Julia Kemmling led the Redcoats to a second straight title in 2012, shooting an even 80 to help Berlin finish seven strokes ahead of Farmington. Kemmlingâ€™s score was the second-best of the event. She was once again the teamâ€™s top golfer in 2013, the year of the programâ€™s third straight state championship and fourth overall. Ashley Dâ€™Attilio, Emily-Anne Deutsch, Caroline Dâ€™Attilio and Abby Underwood were also big-time contributors for the 2013 Redcoats.

After finishing as the runner-up in 2014, Berlin was back on top a year later behind Kemmling, who tied for third overall with a score of 83, the same score as Ashley Dâ€™Attilio. Underwood was once again solid for the Redcoats as well, shooting an 86 to make the top 10.

The boys team had a run similar to the girls to close the 1980s, winning four straight Division II state titles. Paul Veneziano led the team to victory in 1987, finishing with the top overall mark 78 to cap off a year where Berlin finished with a record of 28-2-1.

It was Jon Venezianoâ€™s turn to lead the team in 1988 and 1989, logging the top score at the state championship both seasons to help make it a three-peat for the Redcoats. Berlin finished 28-4 in 1988 and 31-4-1 in 1989, and head coach Don Bates watched his group make it four in a row in 1990 with a conference and state championship victory, and would win it again three years later to make it five state titles in seven seasons, a true run of dominance.Â

What a run of dominance for the Indians in their early years, winning four straight state championships. Newington logged a collective score of 603 in 1938 for the programâ€™s first-ever state title, then followed that up with a 658 score in 1939. That improved to 641 in 1940 to complete the three-peat, and the four-peat was finished with a 664 mark in 1941.

Two local teams battled it out to be the state runner-up in 2006, but the two rivals settled for a tie for second place in the Division I championships at Fairview Farms.

The Hurricanes and Indians each finished with a score of 309, behind the pace of first-place Simsburyâ€™s 294. New Britainâ€™s Adam Nazecki shot a 69, which tied Simsburyâ€™s Connor Oâ€™Brien for the top mark in the field. Kevin Laurenti of Newington was right behind Nazecki with a 72, good for the second-best mark in the tournament, and he along with teammate Maki Kobayashi were named All-State. For Kobayashi, it was one of his three selections during his high school career.

The Blue Knights had already won state titles back in 1965 and 1987, but they came oh-so close to two straight championships last decade if it werenâ€™t for the unstoppable force that was Simsbury, which was in the midst of state-wide dominance at the time.

Southington posted a score of 318 in 2006, just six strokes behind the first-place Trojans. The Blue Knights didnâ€™t have any top finishers that year, but their performance as a group helped them sniff a state title. They did have a top finisher in 2007, well, THE top finisher in Matt Riccio, who shot a 71 in the Division I championship at Timberlin Golf Course. Riccioâ€™s efforts helped Southington shoot a 311, just four behind Simsburyâ€™s 307.

After winning another state title in 1993, the Redcoats were back to claiming consecutive state championships at the start of the new millennium. The run began in 2000, when Berlin won a thrilling state title in Division II by edging New Canaan by one stroke, winning 320-321. Jeremy Kowalski was the top golfer for the Redcoats, shooting a 78. Jay Pulaski added a 79 to help Berlin claim its sixth state championship.

The Redcoats were back on top in 2001, though this time they won the state title in less stressful fashion, beating Wethersfield by 13 strokes to claim trophy number seven. Berlin had three of the top five golfers in the state championship at Chippanee Golf Club in Eric Pentore, Chris Orlich and Jeff Busnarda.

The Redcoats were at it again in 2004, and much like in 2000, this state championship came down to the wire, with Berlin once again holding off New Canaan, this time by just two strokes to make it three state titles in five years, with Berlin finishing in at least second place the other two seasons.

P.J. Sanzo shined for the Redcoats, shooting a tournament-best 70, while Chris Liptrot recorded a 76.

The Falcons made history in 1992, winning their first-ever state championship on the links. St. Paul dominated, beating second place Watertown by 14 strokes thanks in large part to Scott Mitchell and Joe Brucas, the top two golfers in the tournament with scores of 71 and 73, respectively.

Two years after their first state championship, the Falcons were back on top once again, winning the Division III final after finishing in a first-place tie with Coventry after shooting a collective 320. St. Paul would finish as the runner-up in 2003, but 1994 would be the programâ€™s last first-place finish.

The Redcoatsâ€™ most recent state title came just over a decade ago, and like they had done in previous years, it took a thrilling finish to pull it off, with Berlin holding off Woodstock Academy by two strokes at Timberlin.

Kevin Josephson was the top overall golfer with a 71 to lead the Redcoats, while Kevin Jud shot a 73 to help the Redcoats win their ninth state championship.