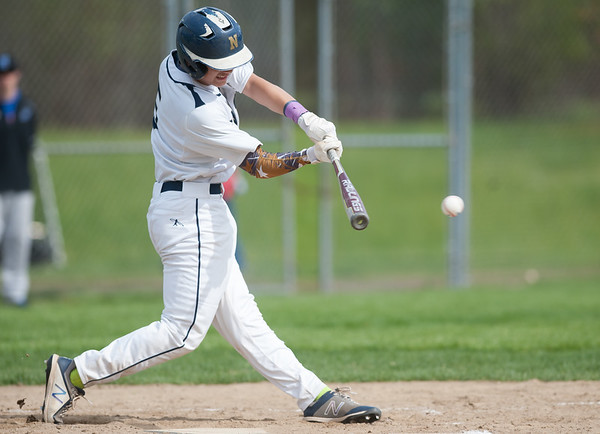 NEWINGTON – The Newington spring sports teams would have already completed their regular season slates for the 2020 campaign by now, meaning each team would have already had a Senior Day to honor its soon-to-be graduates, at least under normal circumstances.

But with the coronavirus pandemic shutting down all spring sports throughout Connecticut, many schools have taken other measures to honor their senior classes. The New Britain baseball team is scheduled to hold a unique Senior Day ceremony this Sunday afternoon, honoring its seniors outside of Beehive Stadium with guests invited to drive by and honor the five seniors. Meanwhile, Newington has gone virtual in acknowledging the student-athletes that have contributed to their respective programs for the past four years.

Each day since May 26, Newington has taken to twitter to host a virtual Senior Night, putting together slideshows with audio listing the accomplishments and contributions of each senior in each sport.

The acknowledgements began with the boys lacrosse team, first recognizing Jacob Cultrera, a two-year contributor to the team while also playing soccer. He’ll be attending the University of Rhode Island and hopes to play club lacrosse. His teammate Owen Freeman, one of the team’s top goal scorers and a four-year contributor, was also honored. He will play for Western Connecticut State University next season. The final boys lacrosse senior is Jordan Alexander, a four-year member of the program.

The golf team was next honored, starting with Michael Hamill, who won the school’s 2018 Most Improved Player, and will play golf at ECSU. Shea Devanney was next, and will be playing lacrosse at the University of St. Joseph next spring.

The baseball team was virtually honored on May 29, highlighted by All-State catcher Gunnar Johnson, who will be attending Division-I Wofford next season. Anthony Parafati, a four-year player at Newington, was also honored, along with Domenick Bukowski. He’ll be playing at ECSU next year. Jonathan Pyne, another four-year player and an all-conference talent, was honored along with Ryan Saindon, who will attend ECSU next season.

Sam Dionne and Daniel Crouse rounded out the baseball seniors, and both will be nearby next year, attending Quinnipiac and UConn, respectively.

The boys tennis team was honored earlier this week, starting with Lukas Klin, who will attend UConn this fall. Vandan Patel was a four-year player who will go to UConn as well. Lastly was Videep Soni, who will also attend UConn after serving as a team captain with the Indians.

Girls tennis was acknowledged on Tuesday, including Shalia Sharma, who will attend UConn, and Ahana Padubidri, who played tennis for two years. Damiola Killanin played all four years and will attend John Hopkins. Andrea Barzola played tennis for one year and will attend SCSU, while Kerry Zvonarek will attend Wesleyan University. Lindsay Weaver, a three-year player, was also captain for the girls swim team, and will swim for ESCU next year. Olivia Rozio, a two-time all-conference selection, will attend CCSU, and Asma Ahmed will attend Hartford. Lastly, Sara Al Ramahi was honored after joining the tennis team in 2019.